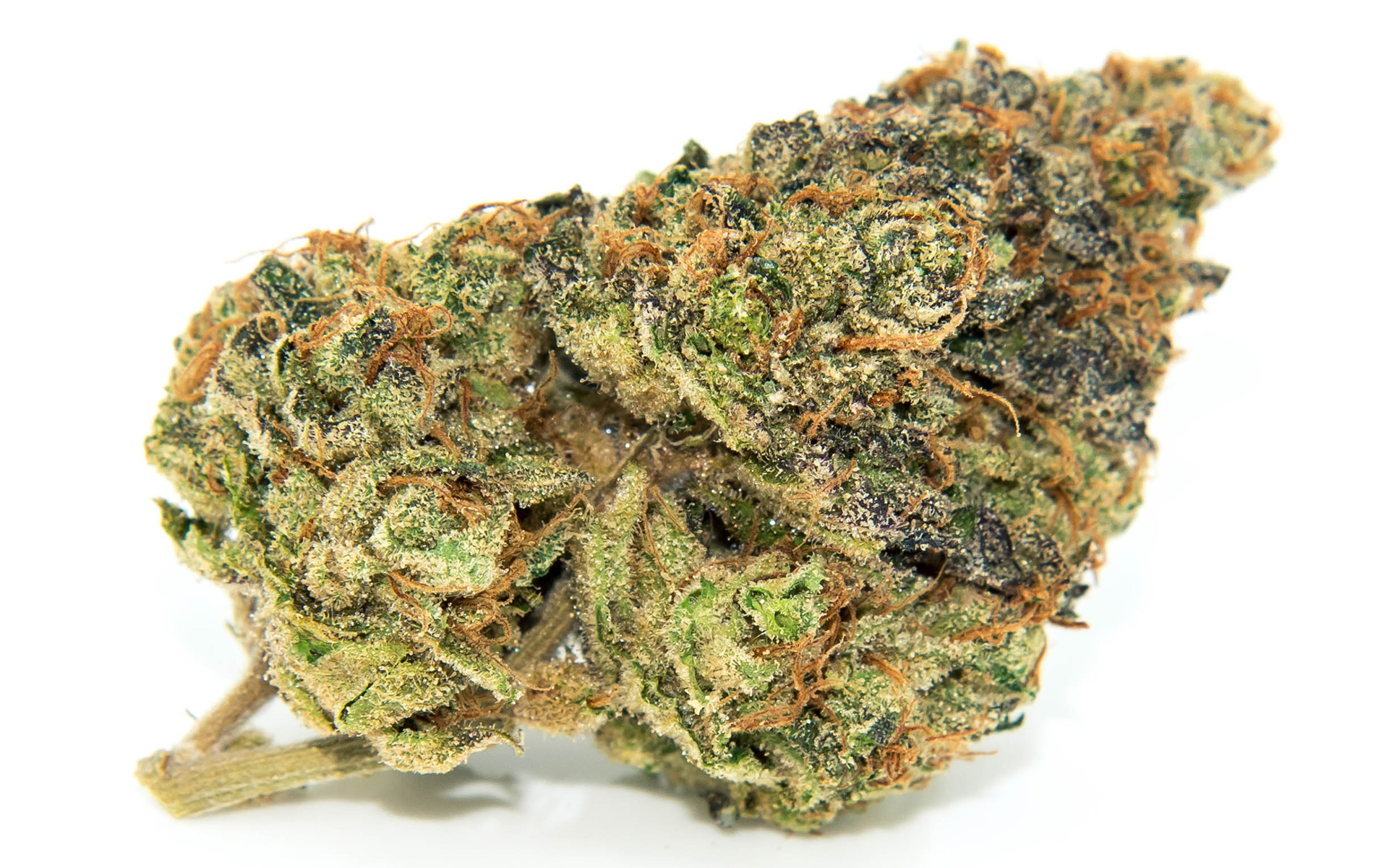 Every weed smoker has an opinion on the best strain ever because we all have different experiences and memories connected to certain strains. But today, I mark the end of all that subjectivity: Once and for all, I’m crowning Gelato as the Greatest Of All Time—the GOAT.

Let me tell you why.

Gelato is a cross of Sunset Sherbert and Thin Mint GSC that tastes like a hashy grape-flavored ice cream cone without the calories. Born in 2014 from Cookie Family members Mario Guzman (Mr. Sherbinski) and Jai Chang (Jigga), Gelato usually produces dense, purple-accented flowers with orange hairs wrapped around the nug like a hug from your mother.

My personal favorite is #33, because it was used to make another favorite of mine, Ice Cream Cake, but truthfully, they all bat a thou-wow.

Since its birth, Gelato’s flavor has blown away countless consumers, winning it multiple Emerald Cups, Cannabis Cups, and even Leafly’s 2018 Strain of the year.

The Gelato experience is second to none

Off the rippy, our conversation can really start and finish with how good Gelato smokes. The smell? Loud. The taste? Sweet. Gassy. The smoke? Smooth. Wondrous. It’s a combination of everything good that comes from cannabis, all in one strain, like a cannabis Captain Planet.

In addition to taste, fam, why does Gelato smack like that?! Nah, deadass, every single time I smoke Gelato, no matter what grower, the high puts your boy’s brain on autopilot. It’s not necessarily a sleepy high, but more so an intense relaxation that makes you feel like the day could really end now.

If you think of the definition of stoned as a dummy high that makes it where you don’t want to do anything but sit around and be goofy or absent-minded, that’s Gelato.

Gelato has the ‘Ooohweee, what’s that?!’ factor

One of the best feelings in the world is passing someone a joint of some ooohweee gooey gumdrop and them responding ‘Damn, what’s that?!’ after the first inhale.

With a mystery joint of Gelato, that’s the reaction you’ll get 100%—not 99.9, one hunna. It has such a uniquely delicious flavor that putting some Larry Bird to your lungs feels more like smoking candy than it does smoking weed.

Not a single person has ever smoked a fresh batch of Gelato flower or dabs and thought ‘I don’t understand the hype.’ If they did, they need to see a therapist about their deep-rooted insecurities projected onto the best weed they’ve ever smoked.

Grape is the best flavor of cannabis, fight me

Look, if you’re smoking the zaza that goes straight to the māthā, you can thank Gelato’s influence for getting you there. Gelato is the dessert strain that set West Coast consumers on their current chase for exotic strains.

I won’t say Gelato is the first strain to ever have a unique flavor or hype around it, that would be erroneous on all counts. But I will say that of modern weed strains that are going to propel genetics forward, Gelato definitely will. Cookies dropped an all-timer, accept it.

Gelato ran so Runtz could fly

Runtz is probably the most sought-after strain on dispensary shelves today, a cross of Gelato and Zkittles. Without Gelato, Runtz would never exist (literally).

Past its genetics, Runtz splashed on the scene and became an overnight favorite like Drake in 2009 with So Far Gone. If we consider what strain paved the way for its cultural takeover, then Gelato is definitely 808s & Heartbreak because So Far Gone would’ve never existed without it. Real heads know.

The Leafly Strain of the Year 2020 is—Runtz!

Last, but not certainly not least, is Gelato’s influence on pop culture. Everyone wants to smoke rapper weed, and Gelato is definitely a favorite amongst hip-hop artists.

So considering smokability, shareability, influence, legacy, and relevance, it’s pretty damn easy to see that Gelato is the GOAT of weed strains.

Argue with someone who cares.

Danté Jordan is a former member of the Leafly Subject Matter Expert team, and current freelance writer, video producer, and media consultant specializing in cannabis culture, strains, products, education, and everything else related to that lil’ green flower. Contact him at smokingwithdante on Instagram, or dantenetworks(at)gmail(dotcom). His website is www.dantejordan.com.

The latest in Strains & products