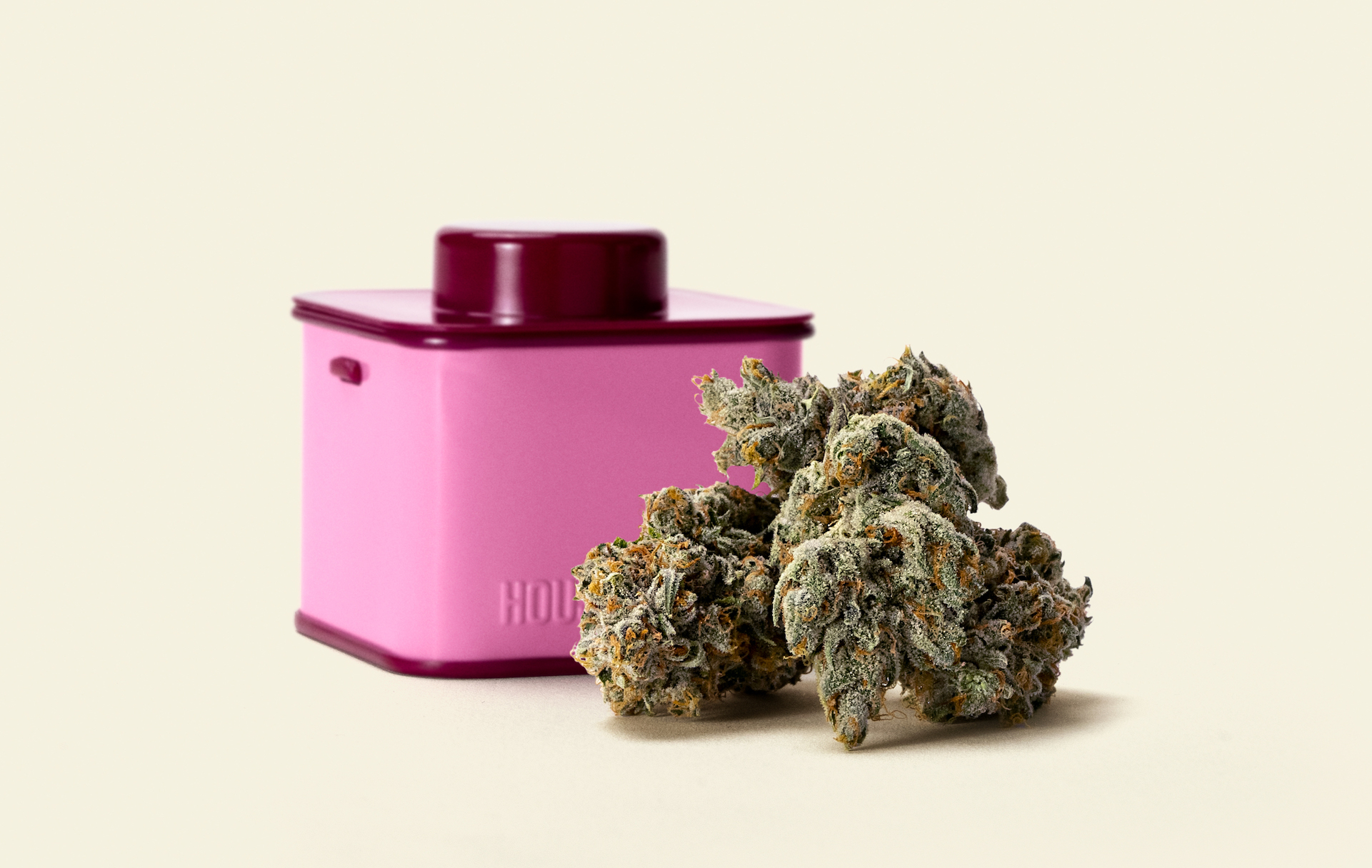 My house smells terrific. I’ve spent several days sampling Seth Rogen’s new line of Houseplant cannabis, and the air in my place is spicy and fragrant. This weed is loud.

The beloved comedic actor and stoner icon, along with his creative partner Evan Goldberg, launched Houseplant in California last week. They promptly broke the weed Internet; so many people visited the website that it crashed. An hour later, Rogen tweeted, “Well… we have underestimated you once again. Due to insane traffic, we took the Houseplant site down temporarily while I learn to write code.” Apple News picked up the brouhaha. Everyone is taking weed seriously these days.

Rogen and Goldberg launched Houseplant two years ago in their native Canada after cannabis became legal under Canadian federal law in 2018. Bringing the brand to California, they’ve kept it simple, starting with three strains: Diablo Wind and Pancake Ice, both labeled as sativas, and Pink Moon, dubbed an indica.

The herb is top-shelf, as is the price point, at a suggested $60 for an eighth. In addition to the trio of Houseplant strains, there are three Housegoods products, including a block table lighter, a vinyl box set of three LPs (one each for an Indica, Sativa and Hybrid session), and an ashtray set designed by Rogen. Houseplant realizes a lifelong dream of his and Goldberg’s, Rogen says, “born out of our love and passion for cannabis, design, and art.”

The big nugs, the pungent terps, and the flower’s strength made this an excellent first outing from folks who clearly dig cannabis. I’m not going to call it a celebrity brand, because it’s really a top-notch product.

All Houseplant strains are named for weather phenomena. Each 3.5g tin of Houseplant comes with a handy reference card with information about the cultivar, its terpenes, and suggestions for when to sesh with each strain. If you’re a novice smoker, this helps, especially if you’re interested in learning more about what kind of weed suits you best.

“It’s strong!” the reference cards caution. This is objectively true: Pancake Ice contains 33.32% THC, Diablo Moon comes in at 26.29% THC, and Pink Moon tests at 26.45% THC, according to the lab results listed on the labels.

A cross of Jack Herer x G13 Haze, Diablo Wind felt buzzy and euphoric. When I popped open the tin, two impressively fat, hairy nugs sparkled out at me. The aroma? That undeniable piney citrus that Jack lovers know and love. The smoke had delicate notes of anise, cinnamon, and pepper. After we smoked a joint, my partner and I cleaned his entire apartment. You’ll get high and get stuff done with this herb.

This Chemdog x Mandarin Cookies cross unleashes the gas that elite smokers seek. Lemongrass, spruce, and mint top notes wafted out of the tin, followed by a nice clove-y spiciness. The sticky factor of the squishy, dense nugs satisfied. Its effects included a spreading, uplifting feeling, with a relaxing across my eyes and brow—that raccoon mask sensation—and my brain slipped into a productive groove. It’s a great daytime smoke.

Pink Moon rounded out the trio of Houseplant strains with citrusy sweetness. The Tangie x Kosher Kush cross had a cotton candy aroma on the first whiff, with deep earthy undertones. The creamy smoke had orange and lavender notes. Its effects immediately chilled me out—I turned into Totoro, melting into a dream state as my muscles and mind released the general tension of living in 2021.

Rogen’s team contracts with a handful of state licensees who can grow a consistent amount of primo, cutting-edge weed, and do it with “a commitment to diversity, equity, and inclusion,” Houseplant told Leafly.

The Houseplant experience hits a lot of sweet spots. All of the buds I sampled appealed to the eyes, with multiple frosty nugs in each tin sourced from ‘plant peaks only,’ according to the reference cards. Every joint burned to a clean white ash, and the smoke had the pungent complexity of well-cured weed.

The attention to detail in packaging and presentation was also kind, down to the horizontal lines on Pink Moon (which rendered me horizontal) versus vertical ‘up and on the go’ lines on Diablo Wind and Pancake Ice. The stackable tins in retro shades of rust, maroon, and candy pink had a ’70s feel that matched my stoned visual of digging my bare toes into a brown shag carpet in a sunken living room while a record player crackled in the background.

The tin containers are not airtight, which means terps leak out; I was struck by how skunky my place smelled, even though I sealed up the containers after smoking. And the push-in plastic tabs on the sides of the tins are tricky to depress, making the tins hard to open; I needed to use a house key to press the tabs in and pop the top. Two suggested functionality updates: make the tins smell-proof, and the weed easier to access.

Houseplant focuses on storytelling; Rogen and Goldberg have been telling tales together, making movies like Superbad and the iconic Pineapple Express since they met decades ago. They’re poised to scoop up many more fans with their venture into California’s legal weed market.

Watch this: Seth Rogen teaches you how to roll a cross joint

An earnest letter from Rogen and Goldberg accompanying my delivery of Houseplant declared that they want to head up “most thoughtful weed company in the world.” In a time when very few things ring true, this reads as authentic.

Houseplant also commits to ending unjust, racist cannabis laws—partnering with organizations to give back to the communities most impacted by the War on Drugs, including the Marijuana Policy Project, Cannabis Amnesty, Cage-Free Cannabis, and Black Lives Matter.

It’s clear Rogen and Goldberg’s tastes bend towards sweet, citrusy weed. Today’s strain chasers may look for gassy strains and tropical rosins, but I found comfort in Houseplant’s offerings for those of us who dig the known quality of the lemony tang and soaring highs of parental cultivars like Chemdog and Jack Herer.

Rogen and Goldberg have described Houseplant as the culmination of 10 years’ work; the California launch, and ensuing online furor, proves that consumers are ready to buy weed from trusted stoners. Houseplant lives up to its hype.

Mary Jane Gibson is Leafly’s Product Specialist in Southern California. She wrote and edited for High Times for over a decade. Currently based in Los Angeles, she writes about cannabis culture, entertainment, products, and cutting-edge trends. Mary Jane also co-hosts a podcast, Weed + Grub, with comedian Mike Glazer.

The latest in Strains & products