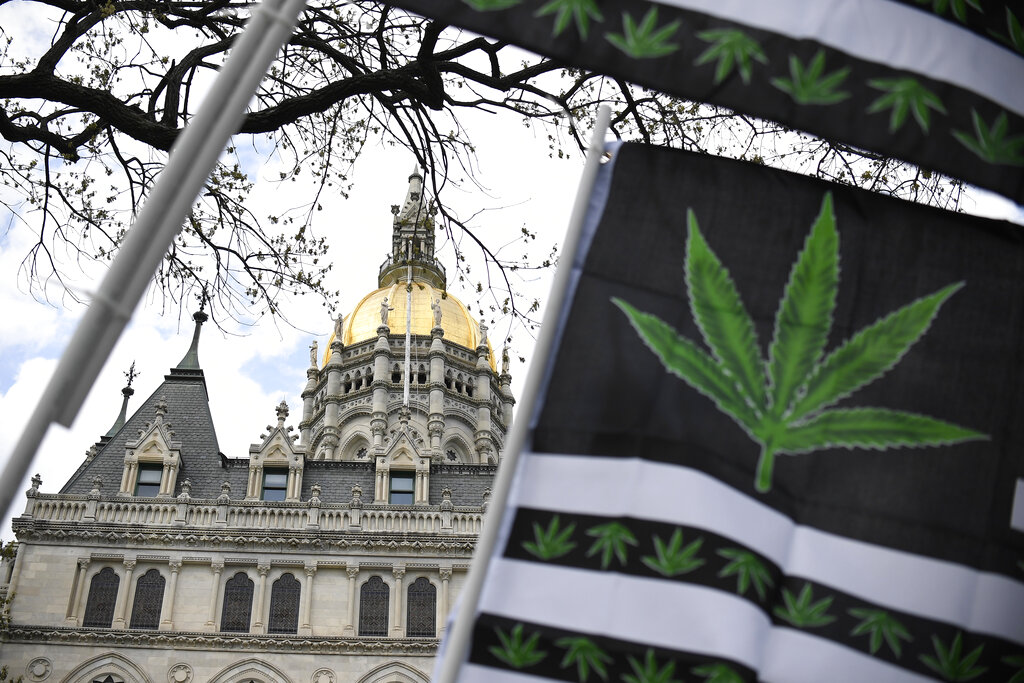 A special session to consider the marijuana legalization bill could happen within the next couple of weeks.

While the General Assembly passed the new budget before Wednesday’s midnight adjournment, the bill legalizing the adult use of cannabis was not going to make it in time. Democratic leaders of the House of Representatives said they would take up that and other bills in a special legislative session.

Their decision comes after Republican House members who oppose the legislation were expected to run out the clock by continuing to debate the bill until the legislature’s deadline.

“Because we were not allowed to do the business we needed to do today, every item to me is open for consideration in the special session,” said House Speaker Matt Ritter, D-Hartford, acknowledging the list could be expansive. “They should have allowed us to vote. So, that’s how it’s going to be.”

The special session could happen within the next couple weeks, said Ritter.

Despite their concerns with the marijuana bill, there was some GOP support for the budget deal that Democratic legislative leaders reached with Democratic Gov. Ned Lamont. Twenty-two House Republicans voted for the bill, some lauding it for not increasing taxes, something progressive Democrats had sought early on in the legislative session to address long-standing racial and economic inequities.

“The state of Connecticut is not in a position to begin looking at revenue, especially at a time when families are suffering,” said House Minority Leader Vincent Candelora, R-North Branford, who voted for the bill. “Our economy is trying to recover and we’re not sure where we’re going to be a year from now when the federal dollars start to dissipate and maybe show the real landscape of what our economy looks like.”

However, the Senate chairman of the Finance Revenue and Bonding Committee, voiced his disappointment that the final budget does not include a list of tax increases that were voted out of the committee with the goal of raising money for the long-term, after the federal COVID relief funds run out.

Sen. John Fonfara, D-Hartford, argued that now is the time, in the wake of George Floyd’s killing in Minneapolis, to address “the concentration of poverty” in the state and issues such as the lack of home ownership opportunities, capital for businesses and infrastructure and kindergarten readiness.

“We can make those investments and not change the lives of those that were asked to contribute a little bit more,” Fonfara said, who called the budget a “status quo budget” that will lead to “status quo results.”

“It’s as though we have our policies, our knee, on the neck of the Black community and other underserved communities of our state,” he said. “We can do better and we must do better.”

Lamont opposed the tax increases included in the Democrats’ original revenue package, such as a new “consumption” tax and a capital gains tax on higher income residents, a so-called “mansion tax” and a tax on digital advertising, arguing they could stymie the state’s economic recovery. He told reporters he took “exception” to the comments of Fonfara, a veteran state legislator.

“I think this is an incredibly important transformative budget. I think it makes a big difference in people’s lives, especially the lives of people who’ve been hardest hit by the pandemic, especially in the lives of Black and brown people, the likes of which hasn’t been done for 30 years,” Lamont said. “And I think you’re finally getting it done right now.”

Lamont said he’s also pleased that the House and Senate finally passing legislation that generates new revenue for transportation projects. Both chambers late Tuesday approved, along party lines, Lamont’s mileage-based “highway use” fee on tractor-trailers to help shore up the state’s financially troubled transportation fund. Republicans argued the fee is unfair to local trucking companies and will lead to higher prices for consumer, accusing Lamont and the Democrats of being disingenuous when they say no taxes will be raised.

“Just over a year ago, we faced the prospects of a pandemic-induced fiscal crisis that left families, state and local governments and employers of all kinds in a great state of uncertainty. So many have suffered so much, so many have lost too much. But a year later, there is hope for a brighter future,” said House Majority Leader Jason Rojas, D-East Hartford. “We’ve been presented with an incredible opportunity to continue what has been dubbed the Connecticut comeback.”